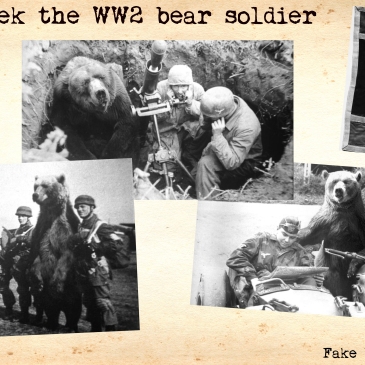 During the Second World War Polish soldiers of the II Corps bought a young Syrian brown bear cub at a station in Iran.He was officially made a soldier so that the army would provide him with rations and transportation, eventually he was even promoted to corporal.The bear followed the unit everywhere, helped move crates of … END_OF_DOCUMENT_TOKEN_TO_BE_REPLACED