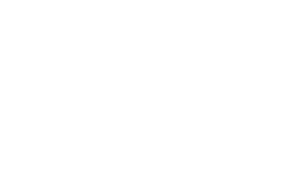 This photo has been shared online with the claim that itshows a resistance fighter during the Second World War grabbing a gun (Sturmgewehr 44) from a dead German soldier.

When I first saw it I was impressed and fascinated, I’ve studied the resistance during WW2 for decades, one of the subjects I am specialised in is the role of women during this war and this seems like a picture I should have known about.
It is a great photo, a young woman risk doing something dangerous, fighting the good cause, looking straight into the camera with that striking glare, I like it.
But something didn’t feel quite right.
I could not put my finger on it right away but as much as I liked the photo,I knew it was not a real 1940s photo.
So I examined the picture up close and soon found out I was right.

There is a marking on the StG44 that I’d never seen before on these guns and the gun also looked a bit off.

I enlarged that part of the photo and after some searching found out that it was the logo belonging to an US company called “American Tactical”, they sell guns, including replica’s of historical weapons, for collectors, re-enactors, etc.
But they did not supply the German army with StG44’s during WW2, they’re a new company.

So once I knew the photo was a modern re-enactment, it didn’t take me long to track down the original.
It was shot in 2012 by Oleg Volk, the Partisan is his model April.
You can find the photo on his blog by clicking here.

Here is another photo of April, this time in colour and clearly not taken in the 1940s.